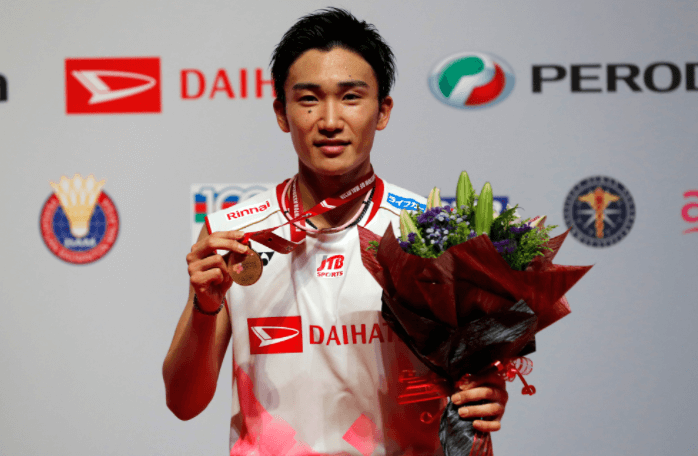 TOKYO — Badminton top-ranked Kento Momota tested positive for COVID-19 at Narita Airport on Sunday, which forced Japan to withdraw all players from the upcoming international badminton events in Thailand.

Momota was scheduled to compete in two Thailand Open series events from January 12-17 as well as on January 19-24 and the $1.5 million World Tour Finals from Jan 27-31 in Nonthaburi.

The two-time singles world champion was looking to make his comeback in Bangkok after almost a year out following a car accident that left him with serious injuries. National broadcaster NHK said the 26-year-old had tested positive at Narita Airport before the Japan team’s departure for Thailand.

None of the 22 other Japan players tested positive, confirmed by an association official, said the whole team would withdraw nevertheless.

The absence of the Japanese team was an additional setback for the tournaments after China said its withdrawal last week.

The Badminton World Federation has announced that the World Tour Finals and the Thailand Open series, which have been delayed by the pandemic, will continue as planned.

The three BWF events in Thailand are organized according to the bubble quarantine policy. Players are required to stay in a restricted area during their stay in Thailand.