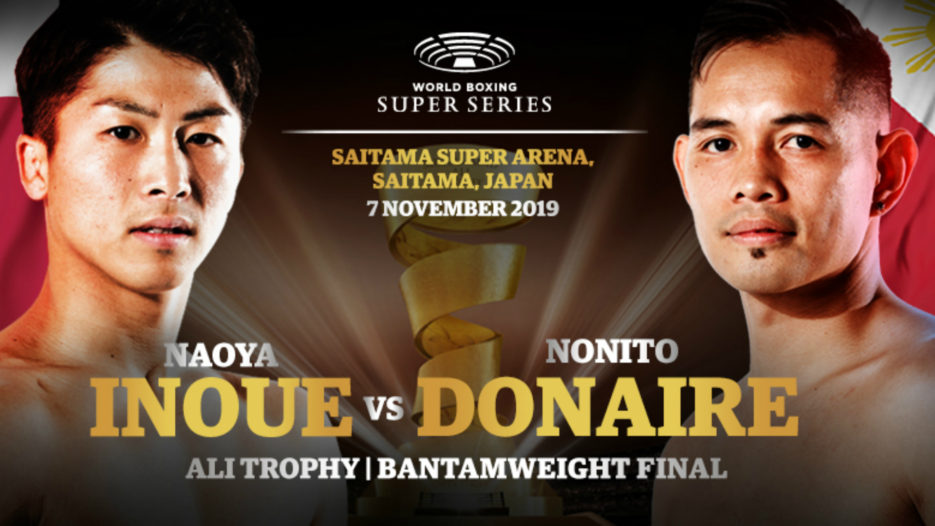 Japan’s fearsome champion puts his IBF title at stake against WBA ‘super’ champion Donaire in the exciting finale of the bantamweight tournament in Saitama Super Arena in Saitama, Japan, Tomorrow.

It’s the Japanese ‘Monster’ and the ‘Filipino Flash’ questing for the Greatest Prize in Boxing, the next man to join the exclusive club of Ali Trophy winners.

“Official weigh-in is over and the only thing we can do is to get ready for the fight night,” said Inoue.

“It’s very special to me,” Donaire said. “It’s for the Muhammad Ali Trophy. It’s the best of the best,” It’s one of the top moments of my career and I get to fight in Japan.” “I’ve been here so many times and I love the place. The fans are incredible, the people are incredible.”

Inoue has blasted his way to world titles in three divisions, gaining recognition as one of the sport’s finest champions, and the man with the ‘Monster’ nickname stopped Emmanuel Rodriguez and Juan Carlos Payano to set up a showdown with Donaire. The Filipino fighter is a four-weight champion, who has never experienced loss in this category.

“Josh Taylor produced a fight of the year contender with Regis Prograis in their WBSS final last month and we’re anticipating another great encounter when the explosive Inoue collides with the classy Donaire,”