What will happen once US Casinos reopen? 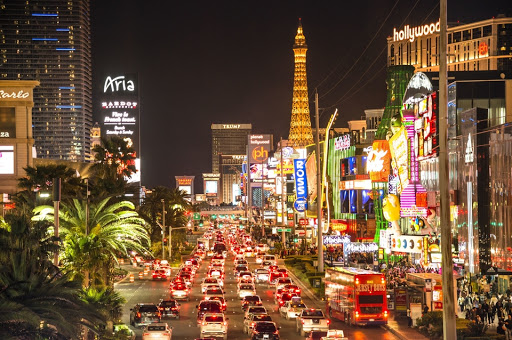 Atlantic City, New Jersey –The coronavirus could literally be a game-changer as soon as casinos reopen in America.

Although a lot of decisions have yet to be made, having your temperature scanned at the door would probably become the new normal. Only half or third of slot machines will be operational. Every other table could be closed, and you can even expect plexiglass barriers separating dealers and customers.

Dealers and customers –especially those who smoke—would also be required to wear masks.

Workers might be required to stand by to wipe down slot machines, kiosk and also elevator buttons the minute someone is done touching them. One casino in Las Vegas even plans to hand out plastic forks for pressing buttons.

Safety measures such as these are being taken into consideration by casinos all across the country, despite the fact that a wide-scale reopening of the casino industry could still be weeks, or months away.

“It’s important to focus on safety; it truly is,” Jim Allen, Hard Rock casino and hotel chain president, said. “But I sincerely feel there are those who do not have a clue as to the economic challenge this is creating. The ripple effect of the trillions of dollars in debt we’ve just put on the United States by printing money is something we all need to be very focused on,” he added.

Hard Rock may enforce a 10-15 feet distance between guests. “Every employee and guest should be wearing a mask,” Allen asserts.

Although people have widely adopted the practice of wearing masks during the pandemic, this poses unique problems in a casino setup.

For example, how will casino surveillance staff be able to identify people banned from a casino (through a government-issued exclusion list), or those who have placed themselves on a self-exclusion list due to gambling problems if they are wearing masks?

If slot machines were arranged in such a way that it keeps gamblers apart, what happens when a couple arrives together and wants to sit next to each other while playing?

And how can chips be sanitized as quickly as possible when they are handled and swapped back and forth for each game? Even paper money is considered unsanitary.

Some casino executives in Atlantic City and Las Vegas acknowledged those issues as the ones they are struggling with the most. They also note that it is still possible for such measures to change depending on the state officials’ decision.