Understanding the relationship between e-Sports and Online Gambling 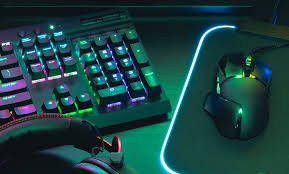 The digital nature of eSports games creates the potential for unparalleled involvement and unequaled interconnectivity.

Although some aspects of eSports are often misunderstood or underestimated, a closer examination shows how deep these relationships run and how advantageous they could be for the greater betting industry. From bringing in new players to adopting new approaches in viewing, there is a lot of mapped and unexplored potential in eSports for the iGaming world to cover.

One of the most easily visible ways in which eSports contributes to the online betting industry is from its vast inbuilt audience. Based on a 2014 article at Venturebeat.com, roughly 2.4 billion people played video games last year alone. At the top of this spectrum, you can find titles such as CS: Go and League of Legends—two of the most popular eSports titles which attract 24 million to 115 million monthly players respectively.

Numbers are not only important to illustrate engagement potential but also for how eSports engagement relates to digital forms of gambling and viewing. Traditional sports such as tennis and/or football are highly dependent on more established forms of viewing. More often than not, punters are regulated to watch only a limited range of physical sports matches on television or online, if they have access.

Esports is very different in this aspect, as it allows virtually every game and tournament (even minor leagues), to be viewed all over the world with the help of the internet, often for free. This level of integration and mass adoption is not something that can easily be replicated or achieved by traditional means. This, therefore, gives eSports a comparative leg-up on physical sports.

A huge number of sports bettors find the idea of cheering through each step of the game quite appleaing. Added to that, eSports games give better access, so enthusiasts not only enjoy their sport of choice but also give them the chance to engage with different brands.

The advantages of eSports do not only apply to live games, as the ability to watch replays is another area that is aided mostly due to the digital nature of eSports. For example, readers could look at the Overwatch League Replay Viewer that’s available at playeroverwatch.com. This feature allows punters to download completed matches and re-watch them at every possible angle they desire. There are additional features like slow motion, overlays, and other tools that provide serious gamblers who wish to closely examine players and teams’ performance better.

Lastly, eSports games are easily fitted legally within existing gambling websites and systems. This is a huge advantage for online betting. Legal online betting has been a widely accepted element of the industry for years.

Instead of requiring expensive and complicated new laws, eSports have slotted into already established sports betting services. Considering the importance and the rigidity of rules surrounding legal online betting, eSports games have started their mainstream gambling life with advantages that took other sports years to discover.