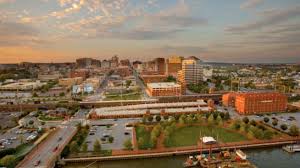 Dover, Delware—Sports betting revenue in the state of Delaware was reported to have reached around $904,450 for the month of September. This figure, despite marking a month-on-month improvement, still remains far behind earnings from 2019 for the same month.

Revenue went down by 58.9% from $2.2 million in September 2019, but the monthly total was 146.4% higher compared to the $367,116 recorded in August this year, in the same month when the National Football League season started.

The amounts wagered in September were observed to have significantly increased from August but remains below prior year levels. Handle came at $7.3 million, a 38.1% year-on-year decline, but a 143.3% month-on-month improvement.

Around $6.2 million in prizes was won by players from betting during the month.