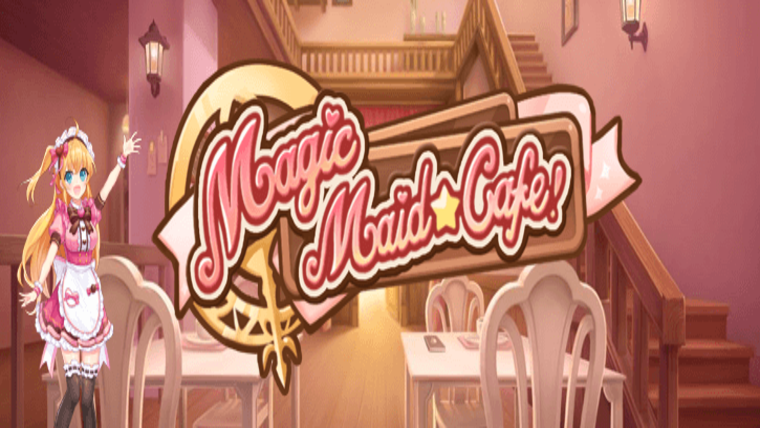 NetEnt releases an anime-themed online slot game Magic Maid Cafe which uses the popular NetEnt’s avalanche system. This game is based on a Japanese phenomenon, there are cafe’s in Japan where the maids are charming young girls that dress up like Anime characters.

Magic Maid Cafe portrays these restaurants with anime-style graphics with an Asian feel to it. The reels are placed within a simple frame showing the French window of the cafe. The Magic Maid stands to the left side of the reels keeping you company as you spin.

The symbols include cookies, creme caramel, chocolate cake, and an ice cream sundae which is the low-value symbols. Three anime maids with black, brown, and pink-hair are the high-value symbols. The pink-haired maid is the highest-paying symbol with five on a payline rewarding 125x your total bet. There are also special symbols include a Wild, which is an ice-cream cone silhouette with a question mark, and a Free Spins symbol which is a key.

The Magic Maid Cafe slot has a 5-reel, 3-rows and 20 paylines with an RTP of 95.97%. It uses an Avalanche Multiplier feature, all winning combinations will see the contributing symbols substituted with the new ones. The process continues as long as you keep winning, and there is also a progressive multiplier that will boost and can grow up to 5x. However, the multiplier resets when the avalanche feature stops. The Cupcake Wild will be of great help to you, especially since it’s not just a replacement but also an extra chance for you to trigger an Avalanche and boost multiplier.

The scatter symbol is the Heart Key, and you need to land 3 scatters to trigger the Free Falls feature. This gives you 10 Free Spins if you land 3 scatters on reels 1, 2, and 3. You can also retrigger the free spins feature, and get up to 20 free spins in total. The Avalanche Feature is also in play in the Free Falls feature, but you start with a 3x multiplier. The second avalanche comes with a 6x multiplier, while the third avalanche will grant you a 9x multiplier. If you are lucky enough to get a fourth avalanche, you will get a massive 15x multiplier!

Magic Maid Cafe is clearly a NetEnt’s release aimed at the Asian Market. Anime character maid cafe’s are a big thing in Japanese culture, and fans of this concept will surely love this game. Try it now for a chance to win big! Betrnk!