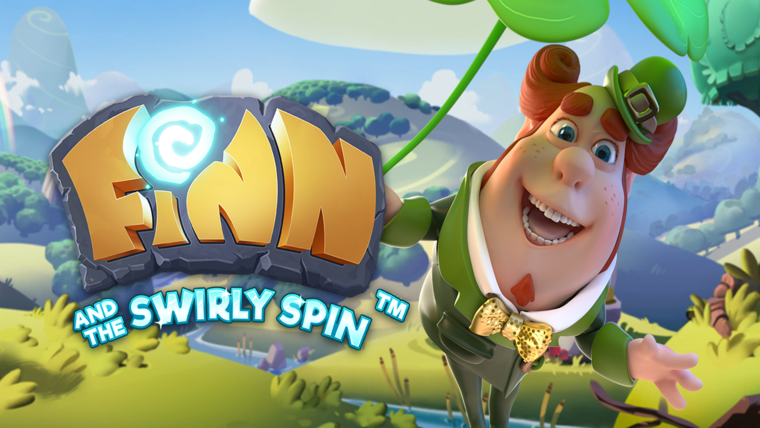 Let’s go on a journey to the Emerald Isle as we visit the mystical land of leprechauns. This Irish-themed Finn and the Swirly Spin slot is powered by Net Entertainment. Welcome to the vast land of whimsy and magic, which swirling spirals have taken over every aspect of nature from the trees to the mountains.

With a magical theme, you will meet Finn the Leprechaun, as he plays a beautiful song on his flute. The animations are in high-definition, and the vibrant graphics give the slot an authentic Celtic feel.

Finn and the Swirly Spin is 5×5 grid and 10 paylines with an RTP of 96.61%. This slot is built around those avalanche wins. For those who are unaware, avalanche means that if you form a winning combination, the symbols that formed that winning combination disappear. New one then fall into their place.

When you get a winning combination, the relevant symbols are destroyed with the remaining symbols falling into the empty places. Symbols from the higher numbered spaces move to the next lowest numbered space in the direction of the arrow. This allows you to win frequently from each spin.

Now, if a Free Spin Key scatter symbol appears in the center position after all avalanches have taken place, you will be rewarded a free spins feature. You need to collect a specific number of keys to access the four free spins features such as

Most of your wins are going to come from the free spins mode, which is likable. Apparently it does not trigger as much as one would wish, but it is good enough as a feature anyway.

NetEnt surely had creativity at the front of their vision when it came to creating Finn and the Swirly Spin slot game. We are positive that players will benefit greatly from such a system. So are you ready to take a ride to the end of the rainbow? Play now at betrnk!