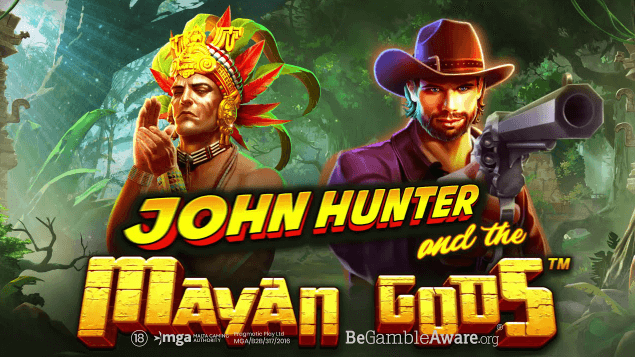 Pragmatic Play, a leading provider of slots and software for the iGaming industry, announces the release of John Hunter and the Mayan Gods, the newest addition to its highly-successful John Hunter series.

The 3×5 slot sees the return to the screen of Pragmatic Play’s intrepid hero, already the protagonist of numerous other adventures such as John Hunter and the Tomb of the Scarab Queen and John Hunter and the Book of Tut, just to mention the last two chapters of the series.

This time, the brave archaeologist will venture into the forests of Central America in search of ancient Mayan temples and the rich treasures kept within them.

A Golden mask, depicting the face of a sacred Mayan totem, is the game’s Wild symbol. It can appear along with reels 2, 3, or 4, and when part of a winning combination, it expands to fill the reel entirely.

Three or more Scatter symbols, depicting the entrance to a splendid Mayan temple, instead activate the Progressive Free Spins mode, starting with 12 Free Spins and Level 1 of the progression. Whenever a Wild symbol appears as part of a winning combination during Free Spins, it awards 1 additional Free Spin and increases progression by one level, reducing the variety of symbols that can appear and thus increasing the chances of winning by up to 2500x the initial stake.

“Creating this iconic iGaming series has been a very exciting journey and we feel confident that this latest adventure will be warmly received.”