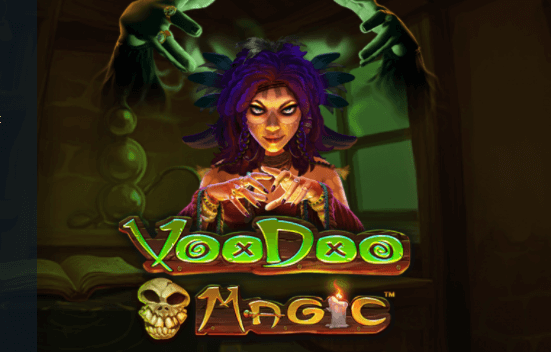 The gaming industry’s leading content provider, Pragmatic Play, has released a spooky new hit, Voodoo Magic, just in time for the New Year. Players will enter the realm of the voodoo witch and her creepy potions.

Voodoo may have originated in Africa and bloom in the Caribbean, and simply makes its way into television, books, or themed games in New Orleans. What we have now is that slightly scary, a little sexy version which Pragmatic has recreated quite well in their game.

Voodoo Magic is a 5×4 grid slot game with 40 winning lines, a Voodoo Witch will see on the right side of the reels as she stands mixing magic in a green misted cauldron.

During the gameplay, several modifiers add to the exciting experience, including Fortune Hex, where all low paying symbols are removed from the reels along with any winning paylines, with falling wins occurring until further payouts are possible.

Wild Curses can also appear on any spin, where all Scatters on the reel turns into Wilds, while up to four standard symbols can further turn into Wilds on the reels, producing big wins.

When three potions Scatter symbols land on any spin, the Voodoo Mystery Free Spins is activated. Players then have to choose a card that reveals either Free Spins, Super Free Spins, or Mega Free Spins.

Various multipliers are available up to 50x in free spins, along with Mystery Cards which will transform into matching reel symbols. In some jurisdictions, players can additionally purchase Free Spins mode by heading straight to the addicting Bonus Round.

Yossi Barzely, Chief Business Development Officer at Pragmatic Play, said: “With the nights darker than ever in the middle of winter, we’ve offered a creepy adventure in our latest title, Voodoo Magic, to keep players on the edge of their seats.

“Packed full of modifiers and features, players will enter the world of Voodoo in the hopes of leaving with plenty of enchanted riches.”