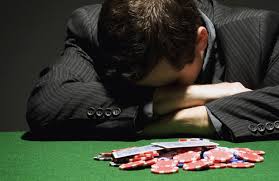 New Zealand –According to the New Zealand Drug Foundation, around 50,000 New Zealanders are currently undergoing addiction treatment, with several groups reporting an increase in people seeking online support for the first time.

But even though substance abuse appears to have increased, an increase in the number of people seeking help is also being reported.

“The main reasons they were increasing alcohol and cannabis was because they were feeling anxious or bored,” Ben Birks Ang, NZ Drug Foundation deputy executive director, said.

The sudden spike in online gaming and gambling was considered a “real concern” according to Sue Patton, executive director of Addiction Practitioner’s Association Aotearoa, New Zealand.

According to Patton many people would use it as a way to escape, and for some, it is another habit that they had picked up.

Lisa Campbell, head of Salvation Army Oasis Center which provides assistance to over 300 gamblers across the country, said things are likely to get worse in the next couple of weeks.

“It went up slightly at the beginning and then it dipped. People are now back out there potentially enjoying themselves. That gambling harm is going to start gambling again because people will not be able to control their behavior.”

She added that the lockdown won’t do anything to break the cycle of addiction.

“Gambling is not a way to escape life’s pressures or to make money. The more you gamble the more you use. The odds are against you,” she said.

However, Birks Ang said it isn’t all that bad as other addiction services have noted a decline in referrals.

“We saw a lot of positive stories about people getting support through online networks, dialing into groups,” he said.