No updates on NY casino reopenings yet 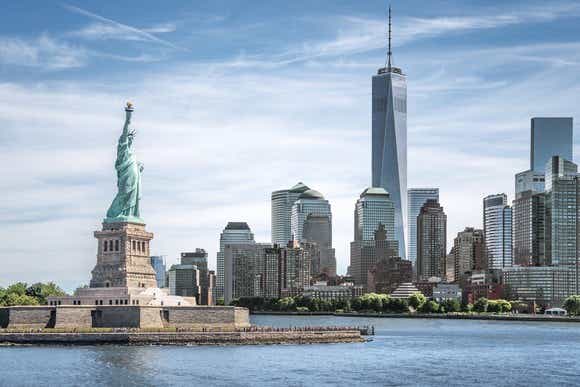 Albany, New York –There remains no update on when casinos may reopen in New York state, but the governor says an announcement is to be expected soon.

Casinos, together with other businesses such as movie theaters, remain closed during the Covid-19 pandemic—with no specific timetable on when they will be allowed to reopen their doors.

Gov. Andrew Cuomo said on Sunday that there would be an announcement next week with regards to casinos, saying, “hopefully it’s going to be positive news.”

There have been protests from workers at casinos located on state lands in recent weeks. These protests were mainly focused on calling for guidance as to when their businesses will be allowed to operate again. Last week Del Lago Resort and Casino workers rallied outside the location, calling for Gov. Andrew Cuomo to release those details.

Gov. Cuomo previously announced that businesses are being reopened based on whether they are essential or not—and the potential risk of virus transmission if they reopen.

“I understand the economic reality,” Cuomo said. “I understand the feeling that you see other places opening up but you still can’t get back to work, whether it’s a movie theater, some parts of the state, shopping malls, casinos, et cetera, obviously the common denominator is these tend to congregate facilities, central air infiltration systems, and it’s hard to enforce social distancing in them. I get it, and we’re trying to find a balance. I understand people’s anger and frustration, I do. And I feel it also, right? I want people to be back at work, I want people to have the dignity of work and the security of work, I’d like to see the economy come back as fast as possible from the State’s point of view, but on the other hand, same thing, it’s the same thing we’ve been talking about all day. If the colleges don’t enforce the rules, they’ll end up closing down. If we don’t enforce the rules or we open up too fast, then we have to backtrack, like Spain and France and Germany and Florida an Texas and all these states around us,” he added.