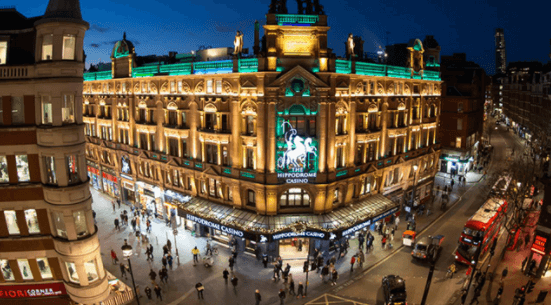 The new Coronavirus outbreak has caused the casino industry in London to deteriorate. At this point, the outbreak came from a “mutated” variant of the coronavirus that led London Mayor Sidik Khan to describe the current situation as “deeply troubling”. After having been granted permission to reopen their doors on December 2, casinos in London will be shutting down once again.

The London casinos have been on the move for several months. They closed in March like many other casinos worldwide and didn’t open until August, two to three months after casinos in places like Las Vegas and New Jersey showed signs of life. However, they had to step down again in November before full release was granted on the 2nd of December.

The new closure order befalls when the mutant strain of COVID-19 finds its way within the streets in the UK. The Country’s Health Ministry Secretary Matt Hancock stated, that the new strain could spread faster than the preceding variant, but added it was not necessarily more dangerous or more resistant to vaccines. However, starting today, new health measures need to be implemented to keep roads safe and London has returned to its tier 3 restrictions, the strictest level implemented to use in the UK in fighting with the virus.

This is certain to be distressing news for London considering the time of year. Holidays are here and casinos, bars, restaurants, and other public places are prohibited. However, certain activities are allowed and the bookmaking shops can still accept customers. However, they were unable to broadcast live sports to prevent subscribers from gathering and had to adhere to strict capacity limits.

2020 was a tough year for the global gaming industry with hardly any operators shunning the phrase COVID-19. There are financial losses almost everywhere and the UK gambling field lost 70% of its sales a year ago. Many companies in the industry, including Genting UK, have been laid off. As one of the largest casino operators in the country, the company has had to part with more than 1,600 employees and has closed its properties in Bristol, Torquay, and Margate permanently.