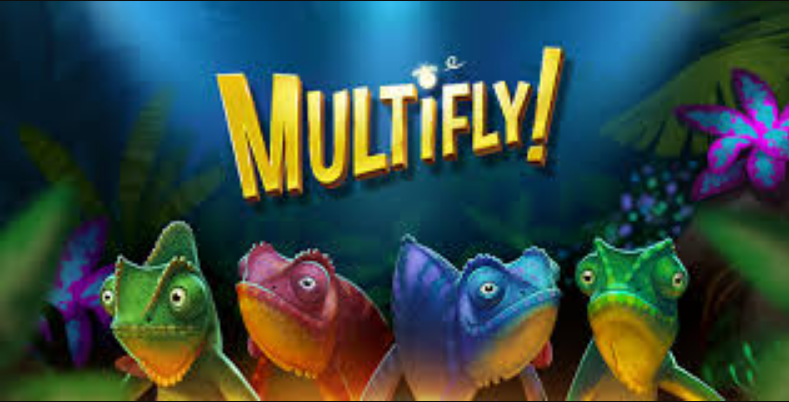 Yggdrasil Gaming announces the release of their newest jungle-themed video slot Multifly! But this time with more great and big jackpots.

This game takes place deep in the rainforest and it is not that regularly we hear vocals in the soundtrack of a slot game.

The game symbol consists of the Royals that most slots will also include 9, 10, J, Q, K, and Ace. You’ll also see animal symbols such as Iguanas, chameleons, golden wilds, toucans, frogs and parrots which is the highest-paying symbol. Chameleon multiplier meters are shown on top of each reel.

Multifly! plays out on 5 reels, 3 rows and 243 paylines with an RTP of 96.3%. There’s a great mix of features to further make the gameplay even better. You have multipliers, free spins, Dropdowns, wilds, and ultimately you can get as much as 10,000x in a single round.

This feature will trigger every winning combination. The winning symbol is removed from the reels, which allows the new symbol to drop down toward the vacant areas. Each Dropdown win, a wild symbol is combined to one winning position. It will continue until no further wins are formed.

Watch the chameleon scatter symbol when 3 of them appear will activate the free spin feature. With 10 free spins, you start with the reel modifier that you have when you activate the feature. The good news is that the multiplier does not reset on the free spins round, they can only be upgraded!

Yggdrasil’s MultiFly slot game is a good high volatility title, bright, and fun. You can spin away on desktop, tablet, and mobile devices. Register now and Play at betrnk!