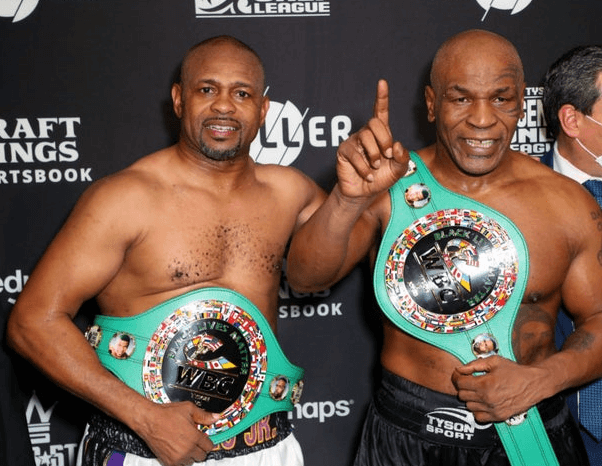 Fifteen years after retiring, former heavyweight champion Mike Tyson squared off against fellow boxing legend Roy Jones Jr. in an exhibition match between the two men in their 50’s. The two legends appeared Saturday night at the Staples Center in Los Angeles, and for the most part, neither man seems too far gone.

The World Boxing Council (WBC) commemorated, supported, and secured a four-hour live event. The round was 60 seconds less than usual – two minutes instead of three minutes, and the match was approved by the California State Athletic Commission. Both are wearing 12-ounce gloves without either protection.

The WBC uses a remote scoring system to evaluate the performance of Tyson and Jones Jr. In each round, three champions judged and scored. The criteria focus on technique, style, effective punching, effective defense, and effective aggression.

The fight was rough and plunge, with only a punch or two thrown by either man in most of the exchanges before the fighters would clinch and took short punch continuously they were broken up by referee Ray Corona.

Tyson seemed to get the most of the starting rounds, making cleaner punches and muscling Jones in the clinch. Jones was visible looks fatigued in the corner between rounds, but he keeps trying to gut out the match and raise his strength in the later rounds. Even though Tyson is being far from his time as a professional fighter.

Jones’s late work helped him win enough late rounds to win on one scorecard and draw on the other. After Tyson won the third scorecard, the fight ended in a draw.

Tyson firmly believes that after his exhibition match draw with Roy Jones Jr. he will fight again. “I’m glad I got this under my belt,” said Tyson, “I’m continuing to go further and do more. Absolutely [I’ll do this again].”

“Despite the isolation and tribulations COVID-19 has caused, Tyson and Jones Jr. have shown us that when a person embraces a positive mental outlook, turns on his or her positive mental switch, all challenges can be overcome which is why we have created a one of a kind commemorative belt created specifically for the occasion,” WBC President Mauricio Sulaimán said in a news release.