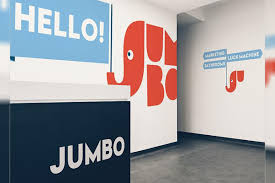 With this license, Jumbo will be able to supply its proprietary software-as-a-service (SaaS) online platform to Commission-licensed operators.

The software license is an addition to the external lottery manager operating licenses, both remote and non-remote, awarded to Jumbo’s UK subsidiary, Gatherwell.

“We are delighted to achieve this international expansion milestone which together with our local subsidiary Gatherwell will drive our growth strategy in the UK charities market,” Mike Veverka, Jumbo’s CEO and executive director, said.

“This is an important step in Jumbo expanding its footprint in the UK following the great work carried out by the Gatherwell team to date,” he added.

The license will give Jumbo the authority to provide its dual offering, consisting of a pure play Saas solution, and a managed charities solution operated by Gatherwell, in the UK market.

According to a Jumbo spokesperson, the company considers its immediate addressable market to be society and local lotteries.

Results released in October revealed that the supplier anticipated a 2% year-on-year decline in revenue for the three months ended September 30, despite forecasting an increase in sales for the period.

Jumbo signed its first agreement with a government-owned lottery early this month, at the same time that it signed a partnership to supply Western Australia’s Lotterywest with its online software platform and other relevant services.

The supplier also signed an extension with its long-term reseller agreement with Tabcorp this year. In this deal, Jumbo will continue to resell lottery products in Victoria, South Australia, New South Wales, Northern Territory, Australian Capital Territory, and Tasmania, as well as international jurisdictions, for ten more years until 2030.