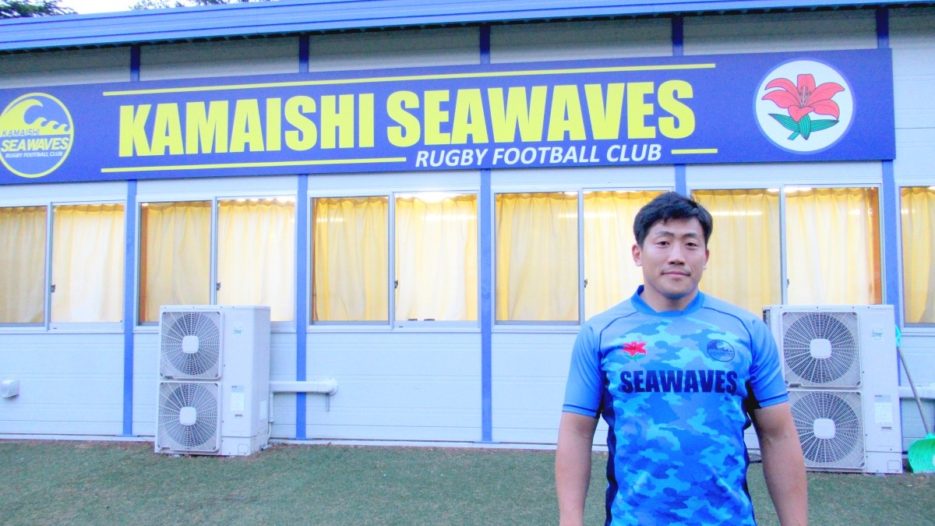 Kamaishi, Japan –Eight years ago, on March 11, a tsunami engulfed the city of Kamaishi, in what was considered the most devastating tragedy that struck the island country of Japan.

Hotel owner Akiko Iwasaki still remembers that day the waves came up from behind and pulled her into its anger.

“It came so suddenly and I felt no fear or pain,” she says in an interview with CNN World Rugby. “I just wondered why I was in the water. Then I started to only think of survival,” she added.

The tsunami reduced buildings to rubble swept vehicles and objects from its path, and soon the whole city was barely recognizable. People went missing—many friends and family members were never seen again. As the city of Kamaishi came to terms with the madness, residents assembled together on the fourth floor of the Horaikan Hotel, owned by Iwasaki.

“We spent a night holding each other,” Iwasaki recounts. “It felt really secure to stay close to each other. We couldn’t stand being alone but we spent the night staying together. That gave us a bond.”

Rugby in The City’s Soul

Iwasaki has seen the people of Kamaishi rally together over the years, building the city brick by brick with one prominent new addition that stands proudly on its coast.

The Kamaishi Recovery Memorial Stadium was completed in August last year, a year and a month before it opens its doors to the Rugby World Cup. The tournament, which is the first of its kind to be hosted in Asia, sparks a rebirth for a city that has gone through a lot of hardship.

The Kamaishi Seawaves, founded in 2001, currently compete in the Top Challenge League, regarded as the second tier of Japanese rugby.

Rebuilding the City With Rugby

After the earthquake and tsunami in 2001, the club started playing a more significant role in rebuilding the city.

“There were many children who were upset about not being able to exercise because there was no ground or park out there,” assistant coach Yu Saeki explains. “We wanted to relieve their stress by taking them to the rugby ground to play and eat together. I saw their faces change when they arrive here. I truly believe in the transformative power of sports,” he added.

Although the construction of the new stadium was not without opposition—it is reported to have cost 3.9 billion yen ($36M) to build, with the majority of the funding coming from the government—Saeki is hopeful that the Rugby World Cup will breathe new life into the devastated city.

Construction of the stadium started in 2017. Its capacity will be increased to 16,000 from its original capacity of 6,000, to accommodate the number of visitors coming for the World Cup later this year.

Saeki believes the construction of the stadium helps in accelerating the city’s rebuilding process significantly, despite the opposition from a few people regarding hosting the World Cup there.

“We’re looking forward to it and it’s a great opportunity to show it to various people. I think it’s been a driving force to revive…I, personally, have always wanted to encourage Kamaishi to play rugby and believe the World Cup will be great news for the local people,” Saeki says.