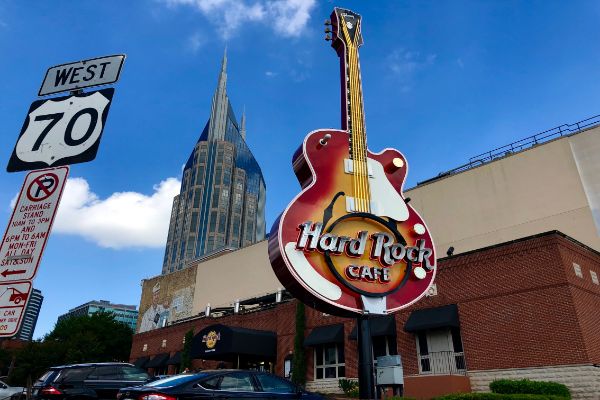 While Richard Branson’s purchase of the Hard Rock Casino and Hotel Las Vegas gives the impression of removing the brand from one of the world’s biggest gambling cities, it’s only temporary. Jim Allen, chairman of Hard Rock International and CEO of Seminole Gaming, noted in a recent podcast with Bloomberg that he was interested in buying a new property for the brand that is almost 5 decades old.

The nearly 8-minute podcast with Jason Kelly and Carol Massar mostly focused on casinos opening in Florida, but quickly went on to discuss the possibility of Hard Rock returning to the Las Vegas strip after Branson rebranded their former property in Las Vegas as the Virgin Hotels.

The podcast wasn’t just idle chat either, because the Las Vegas Review-Journal confirmed that Allen showed interest in purchasing another strip property for quite a while now.

But, in order to return to Las Vegas, Allen said that it would have to be the right location, since not every spot on the strip is made equal. Contenders for a potential purchase include Planet Hollywood, which he says is “very interesting.” He also noted that Bally is a great choice because it is “one of the most legendary corners” of the strip.

Analysts predict it won’t be easy for Hard Rock International to return to the strip because if a property is lucrative, it will result in a torrent of bids from everywhere. If it’s a hot location, it doesn’t make sense to try getting in at all. Allen explained to Bloomberg that he had no interest in the Cosmopolitan of Las Vegas.

Hard Rock International’s sudden interest to return to Las Vegas could have something to do with the strong competition for a Japanese Integrated Resort (IR) license. Japan has expressed interest in well-regulated and premium global brands, and Las Vegas strip location would certainly help build that reputation.