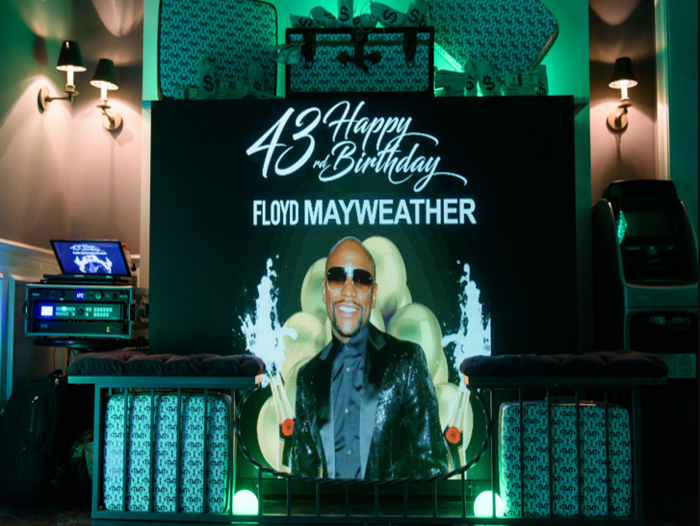 The Moneyman who turns 43 on February 24 showed again his extravagance birthday party. The grand venue decorated with “Air Mayweather” planes floating TMT and disco balls made the full house with excitement as dancers came down from the sky with a show that gave entertainment for the evening.

Mayweather was dressed wearing a mirrored mosaic jacket with silver metallic shoes. Floyd celebrated his birthday with family, friends, and colleagues with enjoyment and luxury.

In the past years, Mayweather has made headlines for how huge and fancy his birthday parties and gifts can be. Further, the celebration this year marked not only another year of life, but also milestones of accomplishments implying “The Highest Paid Athlete of the Decade” by Forbes with $915million net worth, surpassing Lewis Hamilton, Cristiano Ronaldo, Lebron James, and more.

Floyd asked about his rematch with Conor McGregor, at his party and he said: If the price is right, Conor “I’m gonna whoop your a** again.”