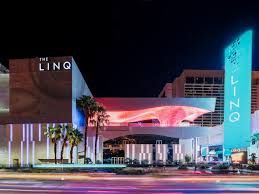 Sports broadcaster ESPN opened its new studio at Caesars Entertaiment’s The Linq Hotel + Experience in Las Vegas on August 24. This move is aimed at strengthening the broadcaster’s ties with the US betting industry.

According to the ESPN, it will be expanding its content with Caesars to bring more Vegas-exclusive sports betting and entertainment news to its viewers. This involves moving ESPN’s Daily Wager to the new LINQ studio starting on September 8. The broadcaster will also be launching a sports betting-themed digital show this autumn.

The new 6,000 square foot facility boasts three studios and is equipped with 12 cameras, including two exterior robotic cameras. This will function as the epicenter of ESPN’s sports betting-themed content for linear, digital and social shows.

The broadcaster said that the studio will also play an important role during major sporting events, and that September marks the beginning of the inaugural season of National Football League franchise Las Vegas Raiders.

“Our new studio will not only operate as the headquarters for that content, but it will also anchor our year-round presence in Las Vegas—a city that has become a destination for the biggest events in sports.”

“The debut of the all-new ESPN studio at The Linq Hotel + Experience is a testament both to Las Vegas’ position as the sports betting capitol of the world and its transformation into a sports city. With the marquee location of the studio right at the heart of the Strip, we’re excited to see the unique programming that could only be produced here in Las Vegas.”