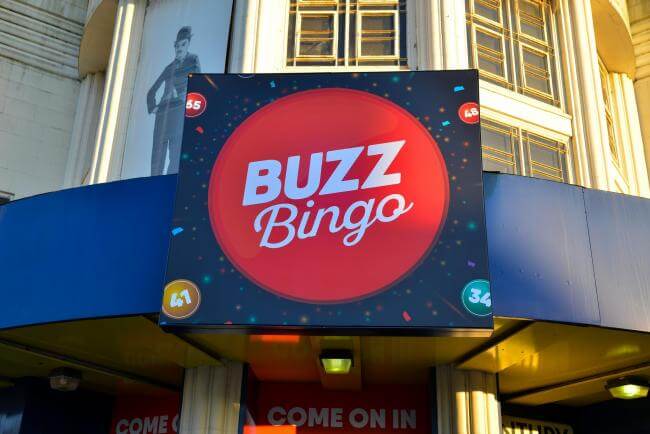 Buzz Bingo, known for its chain of bingo clubs in Great Britain, will be permanently closing more than a quarter of its bingo halls in the UK. More than 500 employees are expected to lose their jobs.

The operator announced that 26 out of 91 bingo halls in the UK are to close because the company expects that there will be an “unsustainable operating environment” in the future.

Approximately 573 of its 3,400 employees will be affected by this decision. Most of them have been furloughed since Buzz Bingo’s venues were temporarily shut down on March 21 due to the novel coronavirus (Covid-19) pandemic.

Buzz Bingo revealed the details as part of a company voluntary arrangement (CVA) after a productive period of consultation with its stakeholders, including landlords. According to the company, it has reached agreements with landlords to improve the rents of certain clubs relative to forecast trading.

Caledonia Investments, owner of Buzz Bingo, has indicated that it is willing to provide an additional £22 million of equity capital once the CVA comes into effect, which is in addition to the £5 million it invested in Buzz Bingo on May 2020.

Chris Matthews, Buzz Bingo chief executive, said: “The ongoing pandemic has had far-reaching consequences for the entire leisure and hospitality sector and an immediate and significant impact on our business.

“Following a thorough review of our options, the proposed CVA will restructure our retail portfolio to ensure we are well-positioned for a return to growth, while adapting to the ongoing, challenging environment as we start to reopen the majority of our clubs,” he added.