Blackjack: How To Play 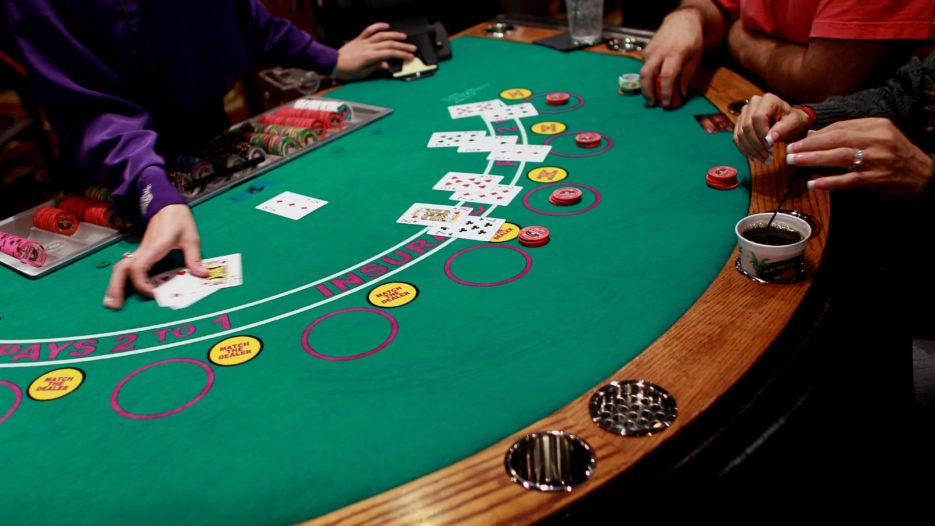 Blackjack—a game that switches between a game of skill and a game of luck. Is it a gambling game or is it a game you can learn, master and win with special systems and methods? If you’re interested in playing blackjack, it’s important to learn the rules as well as table etiquette first. Don’t worry, this article will walk you through all everything that covers what you need to know about this game.

Blackjack, like most modern games we know, wasn’t invented at any one time by any particular person.  There were already similar games played in France in the 1700s. One particular version was known as vingt-et-un, the French word for 21. The game spread to North America as the French colonized parts of the continent. Eventually, the game evolved over the years and has become the blackjack as we know it today.

Blackjack was still called “21” when gambling was first made legal in Nevada in 1931. In order to attract more attention to the game, several casinos made a special bet: a hand featuring the Ace of Spades plus either of the blackjacks on deck (the Jack of Spades or the Jack of Clubs) would pay 10-to-1 odds on the player’s bet. Even though the casinos have long stopped offering these special payouts, the name “blackjack” stuck. It continues to be one of the most popular table games at casinos all over the world to this day.

The Basics of Blackjack

Blackjack is actually quite easy to play and the rules are really simple, which is why it continues to be popular up to this day. The goal is to get a hand with a value as close as possible to 21 without going over. If a hand goes over 21, it’s called a bust.

The suits have no meaning in blackjack. Number cards are worth the same as their number, while the rest of the picture cards (Kings, Queens, and Jacks) are worth 10. Aces can either be worth 11 or 1 depending on what benefits the person holding the hand. For example, a hand with an Ace and an Eight would have a value of 19 (the Ace is worth 11 and is called a Soft Ace). An Ace with a Four and a Nine would have a value of 14 (in this case the Ace is worth 1 and is called a Hard Ace, because the hand would bust if the Ace were valued at 11).

After all the bets are placed, the dealer distributes two cards to each player, moving around the table and handing out one card at a time.

On the other hand, if the dealer doesn’t bust, his hand is compared to each player’s hand. The one with the highest total wins; with a tie, a player gets his bet back, but doesn’t win anything.

If you get a blackjack (an Ace and a card worth 10) as your opening cards, then it’s almost as good as winning. It pays 3-2 or one and a half times the original bet. If the dealer also gets a blackjack (which is entirely possible), everyone at the table loses. If both the player and the dealer get a blackjack, it ends in a push.