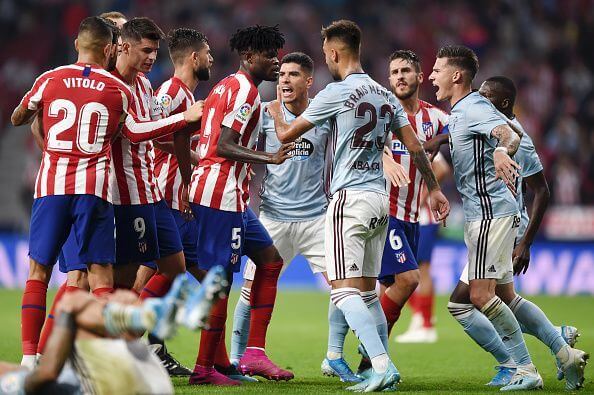 Online gambling operator Betway recently revealed its third Spanish football sponsorship deal. This is despite the possibility of tighter advertising restrictions in place, including a ban on shirt branding.

This new agreement, with RC Celta de Vigo, will have the operator as the club’s official bookmaker for the next two years.

Betway will establish a branding presence in the club’s Estadio Municipal de Balaídos ground and will work together with the club on several fan engagement activities.

Ricardo Barros, Celta’s vice president, commented that the club was “very satisfied” with the agreement, even adding that Betway was a brand with “international prestige”.

“It’s not easy to obtain this type of support in the current circumstances, with so much social and economic uncertainty,” Barros said. “[And] for that reason in the club we value very positively this agreement, which allows us to continue growing as an entity and brand, and to continue advancing in our international expansion,” he added.

This deal with strengthen Betway’s presence in Spanish football even more.

Earlier this month, Betway also signed a partnership with another LaLiga team, Real Betis. The deal was described as a “record” agreement for the club. The operator also recently renewed a sponsorship agreement with Segunda Divisíon team CD Leganes for the 2020-2021 season.