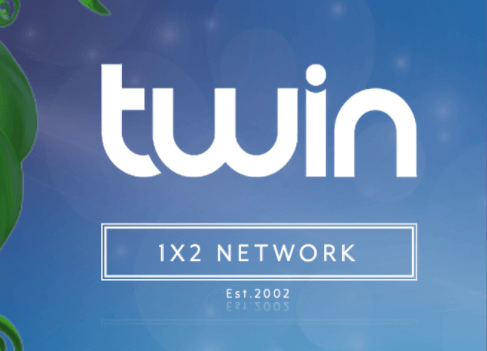 1X2 Network, one of the most well-known slots and table game providers in the industry, has partnered with a popular casino brand, Twin Casino.

The partnership provides 1X2 Network’s full suite of slots and table games. The integration will be facilitated by GiG and Microgaming, and for the first time, players will be given a complete range of 1X2gaming and Iron Dog subsidiaries.

Aside from getting access to a 1X2 full suite of games, Twin will also launch its own Branded Megaways™ slot. The innovative concept enables operators to create custom Megaways™ title that captures their brand’s aspect and ethos.

Furthermore, Twin players will be able to spin the reels on long-standing chart-toppers such as Blood Queen and Rainbow Wilds, as well as recent releases of 1X2 Network including Megaways™ Jack and 1 Million Megaways™ BC, Pirate Kingdom Megaways™, as well as Battle Maidens™ and Battle Maidens™: Cleopatra.

Representatives from 1X2 Network, are delighted with the launching of their own slot and about launching its new partners’ titles and expecting the casino to achieve vast success.

“It’s great to see slots and table games from 1X2gaming and Iron Dog Studio stocked in the Twin game lobby.

“Twin shares the same ethos and approach as we do, and that is to provide players with the best online casino experience that they return to time and again.

“We are especially pleased that Twin will also launch a Branded Megaways slot – these games have proved to be incredibly successful with the operators that have launched them to date.

“I expect Twin to enjoy even greater success with its Branded Megaways slot and look forward to a long and successful partnership with the casino, its management team and its players.”

Officials from Twin, which recently debuted Playson content, say that integrating titles from 1×2 Network is important and that they are looking forward to seeing their players get some big wins.

Kasper Bach, Head of Casino & VIP at Twin, said: “One of the key ingredients in a successful online casino is the quality and variety of the games offered, which is why we go to great lengths to form partnerships with the best providers available, resulting in an astounding game portfolio to offer our customers.

“To that end, integrating content from 1X2 Network was an absolute no brainer for us, as was developing our very own Branded Megaways™ slot.

“It has been a pleasure working with 1×2 Network and adding its games to our lobby and we look forward to seeing our players score some mega wins on our very own Branded Megaways™ slot.”

1X2 Network is one of the most sought-after game developers in the market and has built a substantial reputation for the exciting and fun experiences its games offer.

This has led to developer strikes with world-class operators in regulated markets around the world, and the partnership with Twin is the latest in a range of big-name deals.

Twin has been working hard over the past 2 years to expand their game portfolio, including last year’s exclusive release Banana Odyssey, and come up with great in-house promotions for their customers such as the Easter Egg Hunt and their Christmas Bonus Games.